I have lots of posts left to cover the Toronto Garden Bloggers Fling from this past June. But I figure I’ve got all winter to post them, as there isn’t much else to post once winter hits.

The Fling is a get-together of abound 75 garden bloggers (freelance writers, book authors, columnists, garden enthusiasts, and more). The one thing we do all have in common is blogging. Only folks with established garden blogs (and are currently posting) are encouraged to attend. It’s not a garden tour for just anyone that likes touring gardens.

On the first day of our garden tour excursions in Toronto we visited Ward and Algonquin Islands. I’d always heard of the Toronto Islands and knew there was an airport there someplace, but that’s about it.

Since 1887, the islands have been officially parkland – and the largest urban car-free community in North America. No cars. Only a few service vehicles – and bikes. It’s a short ferry ride from cosmopolitan Toronto, but feels like it’s oceans away. Being mostly parkland, many visit for bicycling, picnicking, boating from the marina, canoeing, kayaking, beaches, there’s an amusement park or visiting Toronto’s one clothing-optional beach. There is a community of about 300 homes.

We were there to see gardens though. Around ten gardens were open for our viewing that were part of that coming weekend’s Toronto Island Garden Tour.

The gardens of the homes we visited were everything from shabby cottage-y shacks tended by creative hippies, to grand homes with extensive gardens by serious gardeners. On whole, the place is completely charming and I’d love to go back with my wife sometime (as opposed to 70 women, three other men, and myself). 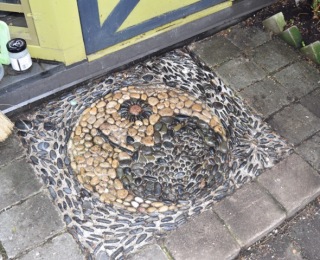 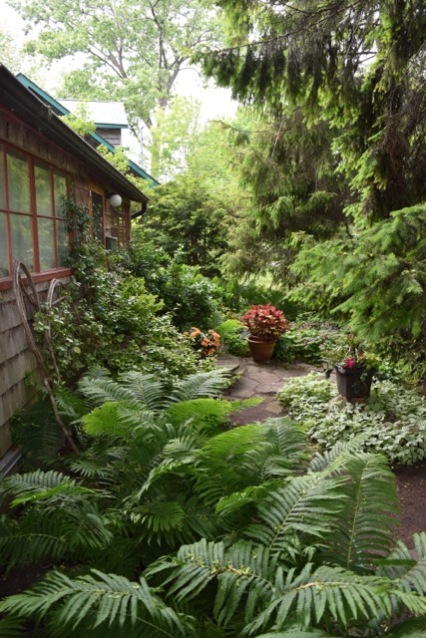 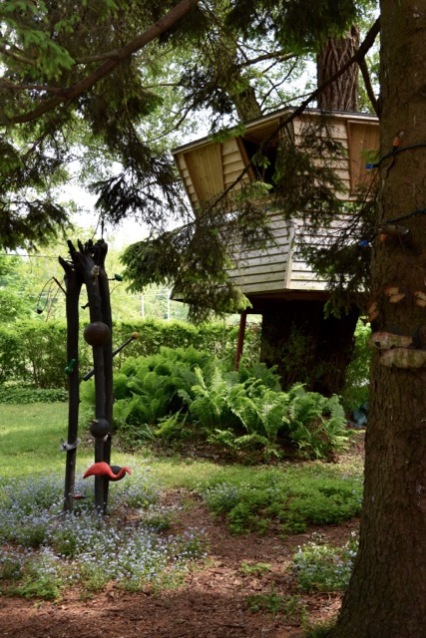 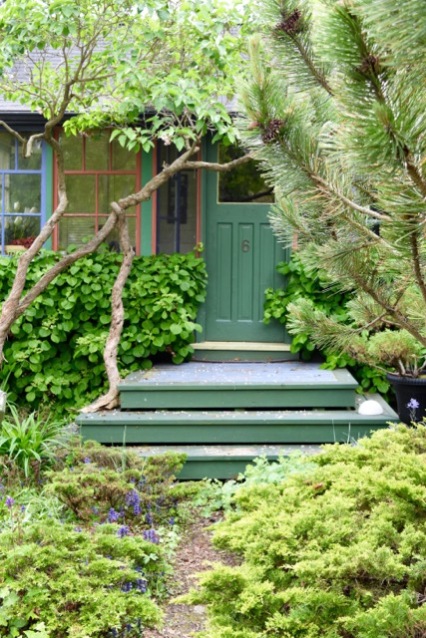 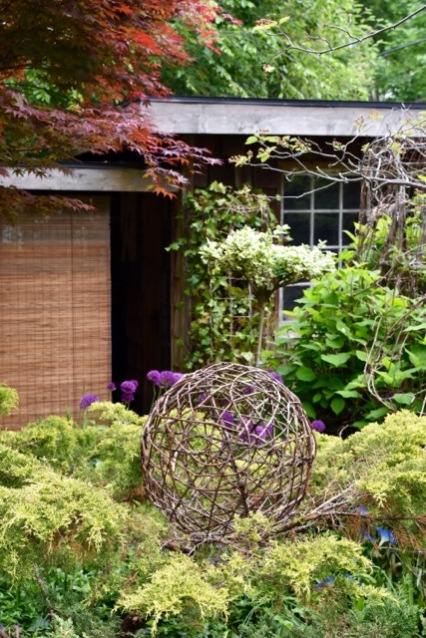 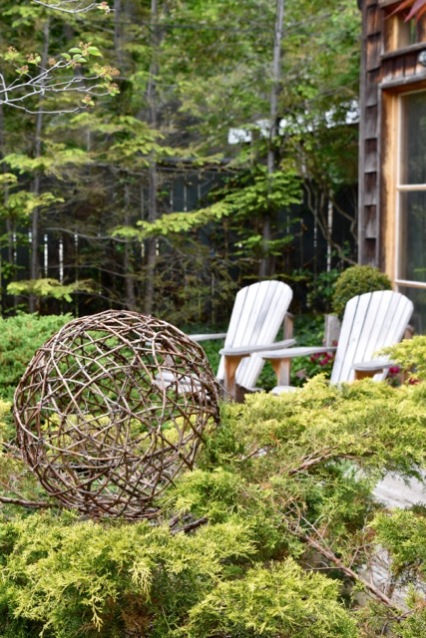 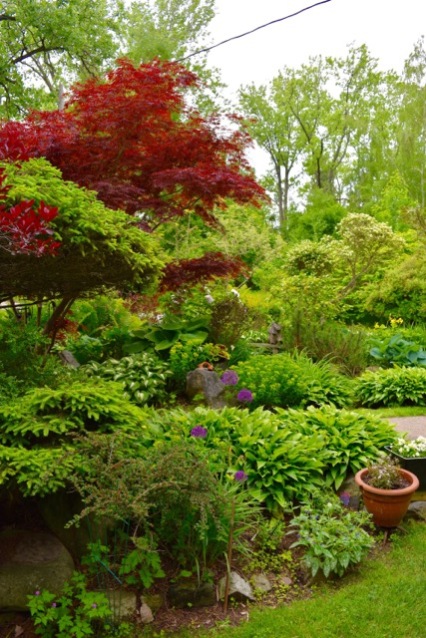 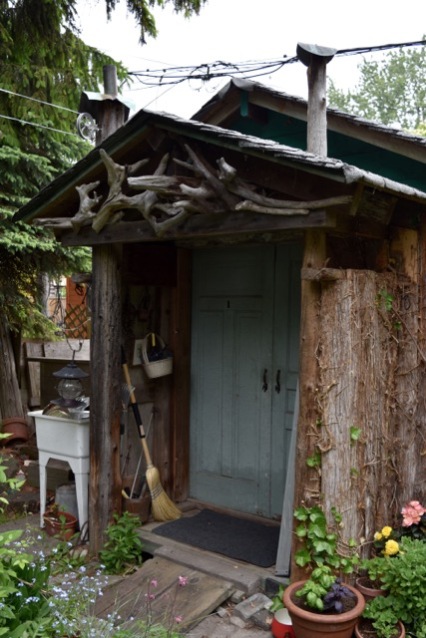 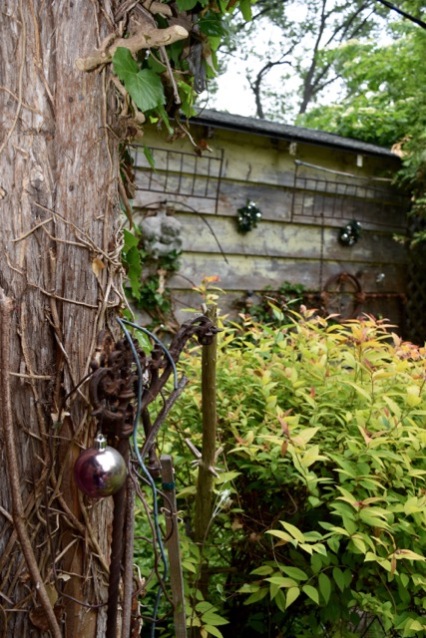 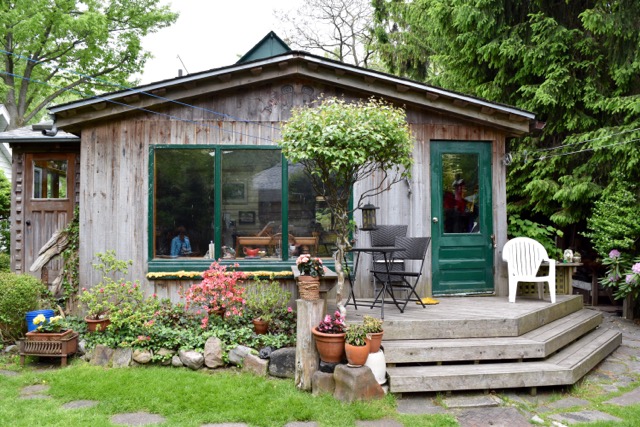 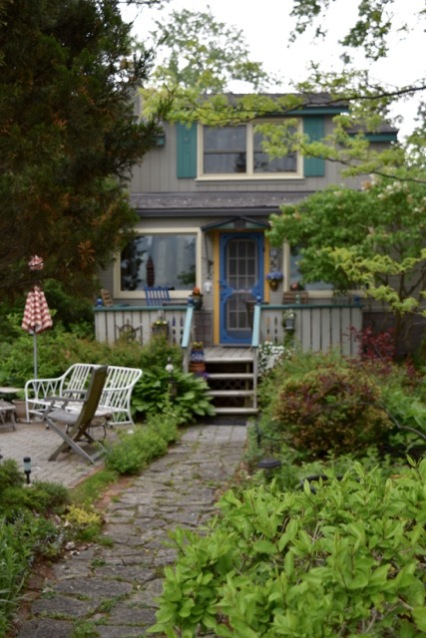 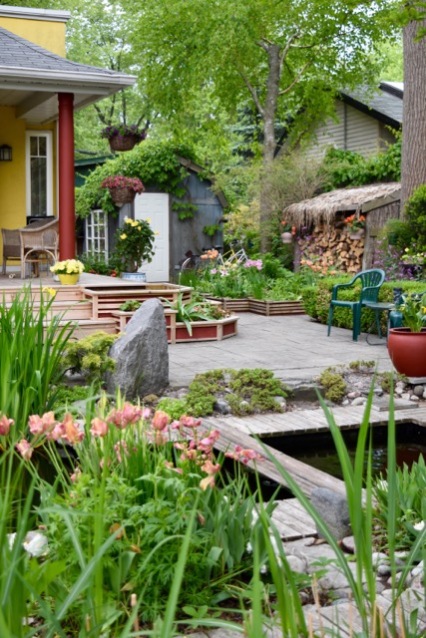 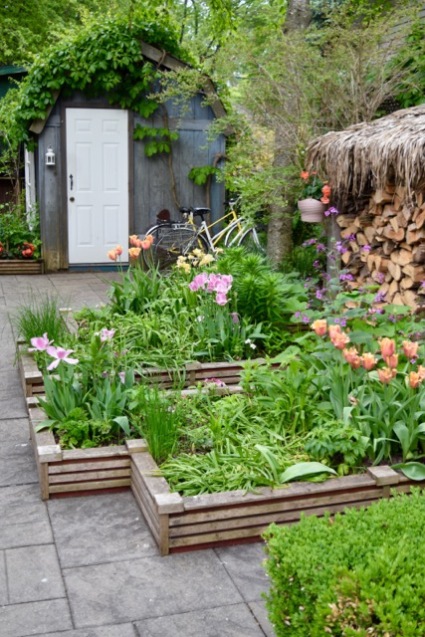 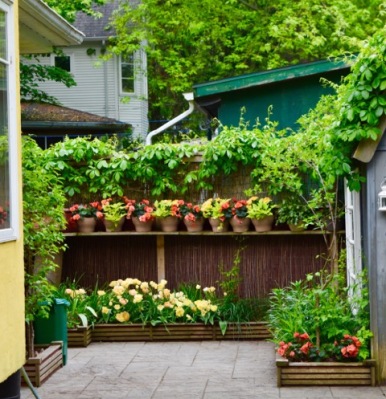 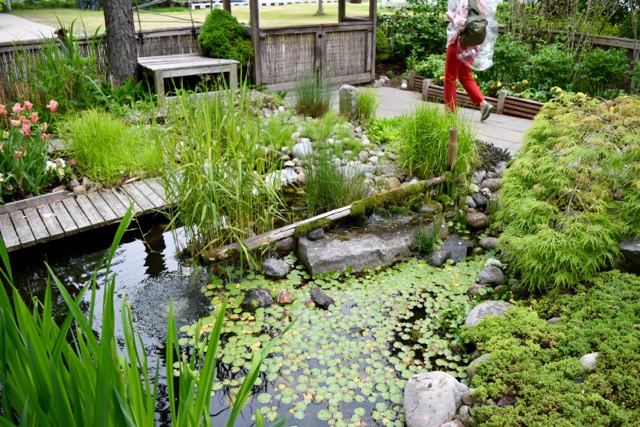 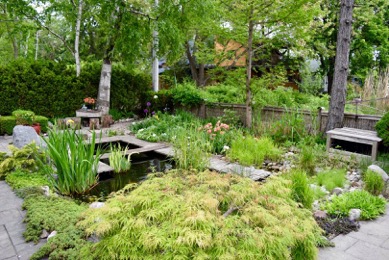